Boss Bonding: How to Make Your Current Boss, Your Favorite Yet! My favorite bosses (yes, I have more than one) have been those that not only imparted their wisdom but provided an extended hand up. They were ego-less and empowering and when I look back, I realize, it was in part because I offered the same to them. I naturally formed a genuine and productive relationship that allowed us and our team to soar.

Your relationship with your boss is instrumental in the promotion process before, during, and even after you’ve risen the ranks. Common sense, right? Bosses are often the gatekeepers who will be the first to consider you, recommend you, fight for you, or PASS on you. Developing a solid professional relationship with your boss will provide a foundation for your future. In fact, your former bosses that you’ve bonded with will often champion you long after you move on!

But this doesn’t mean you should be a kiss-ass, brown-nosing, suck-up. Not only are those people the worst (i.e. not genuine) you’d also be painting a target on your back with such behavior. Keep it real, honest, and mutual.

So how do I establish a strong and professional connection with my boss?

To start, through empathy and reliability. Be the employee that YOU would want to manage.

Realize that your boss has a boss of his/her own and they too are looking to show positive returns. Empathizing with their position while consistently delivering a can-do attitude that provides results will INSTANTLY bond you to your boss. I promise. 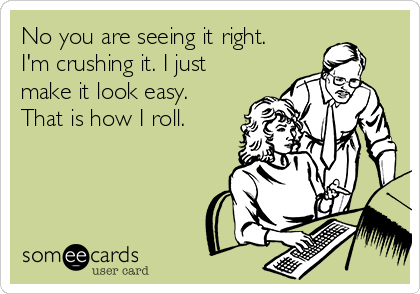 You should also seek to empower your boss. How can you make your boss look good? As an employee of any sort, I believe one’s work-purpose consists of 1) job-related tasks and 2) making your boss’ job easier. [And if you’re a manager I believe there is even a third; 3) making your team’s job easier!]

And I don’t mean kissing-ass or neglecting colleagues in the process, either. I’m referring to:

When your boss can directly relate your value to their success as well, they will in turn do whatever they can to help you succeed.

That is the basis for a strong professional relationship. And such a relationship will get you promoted.

Remember, it shouldn’t all be about work though, we’re humans! Learn your boss’ interests and hobbies and share yours as well. Take note of their comments and remember to ask about them later! Every one-on-one should include at least a question/conversation of this sort that you can parlay into continued conversation later on. While this sounds formulaic, keep it natural. None of this should be forced or manipulative. You are seeking a genuine mutually beneficial connection. Part of this bond though includes being honest with your goals and that means constructively sharing your aspirations. Talk to your boss about where you want to be and what obstacles you both think may exist. Put a plan in place to address those obstacles and create deadlines for you to overcome them. Check in at each milestone to recalibrate. In this way, you’ll be making forward, trackable progress that can be translated into graduated development and hopefully… a promotion!

This is just one aspect of career advancement. To learn more ways you can get promoted continue the series here: “Simply Master These 4 Areas To Get Promoted”

And if you haven’t already, signup for our Newsletter Underground and get our FREE Guide: “5 Things to Say to Your Boss Tomorrow to Get Noticed”